A bunch of brave hearts numbering 5 in all – Manjula Sridhar, Rajanikanth Puttabuddi, Sohan Sintre, Mohit Kumar and Aman Mohla decided to do a grand recce of the 600k and attempt 400+ of that stretch and involve some sleep deprivation to prepare for the 400. Personal constraints prevented me from riding another night! Since the official recce of the Vellore stretch had not been done, I volunteered to help do that stretch along with an IISc Volunteer. Given the choice between going to Vellore on a bus and then riding the rest of the stretch, and driving all the way , we chose the latter, laziness dictating the course of action. Wanted to start early in the morning , say about 3 am in the morning and do a recce of the route, giving us enough time to come home by the evening. I told Mustafa ,IISc that I would give him a call before starting , giving him time to get ready, and meet him at the IISc Gate.
Got up at 2:30 after a fitful 3 hour sleep , got ready by 3:30 and set of to IISc. Picked up Mustafa aka Mustu at 4 and headed back towards Hosur. Crossed SilkBoard at 4:30 am. Manjula pinged me at around 6 asking for my co-ordinates, and whether I had started on the recce. One thing that struck me , and Mustafa was that throughout the route, the road was under construction for a third lane, on both sides of the highway. That basically took the shoulder out of the equation. Given that we were expected to reach Hosur by dusk on Day 1, the night ride would be one on the left lane of the highway.After we hit Vaniyambadi, i checked up with Manjula, and was given to understand that they were around Ambur. We continued ahead but didn’t find them. By the time I contacted them again, we had reached Vellore and they were still near Ambur. We took the road to Katpadi (which is a very wierd exit , there is a sudden gap between the service road and the main highway, and you are expected to squeeze through. We missed it , took a U turn and then went under the bridge. Crossed the Palar river, which I am sure flowed during Vedic times. I was busy driving but I was sure I saw Football posts in the river bed.

We hunted around for ATMs near Katpadi, found one and took a breakfast break. Lack of sleep was making it tough for me. 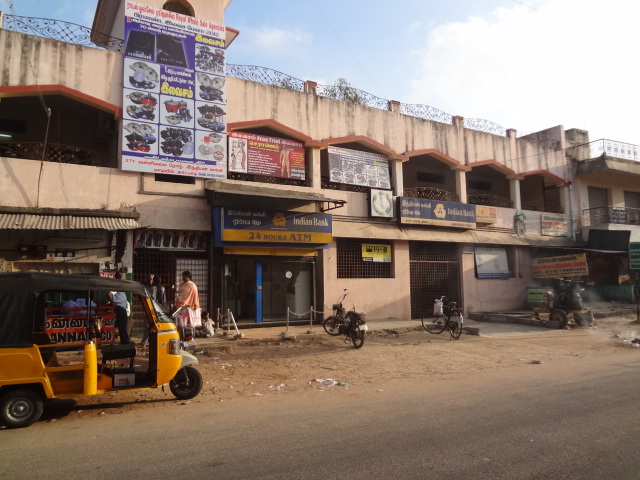 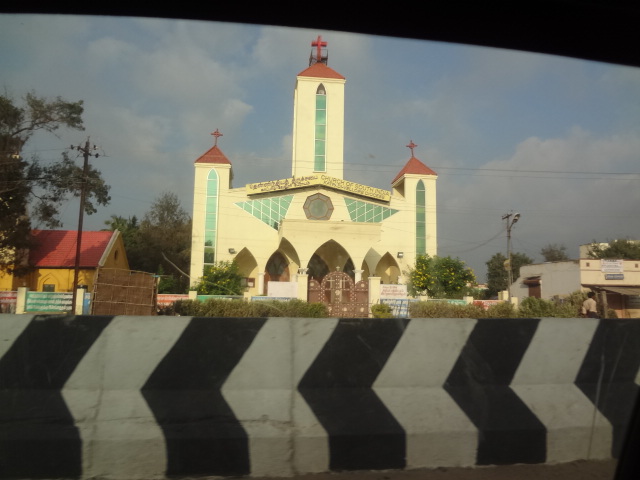 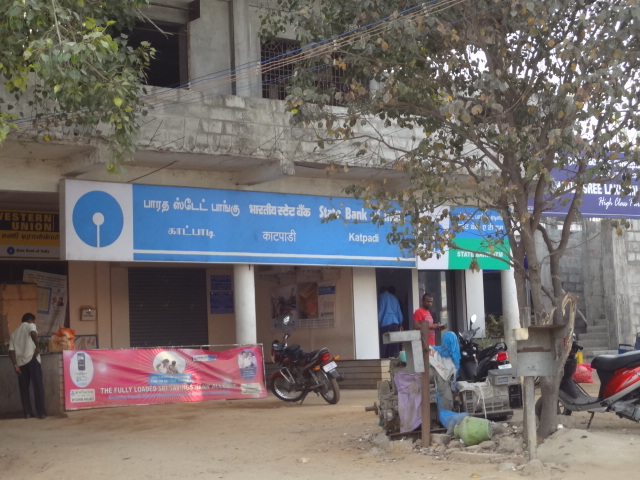 We noticed that our coffees were coming from outside, realized the hotel got it from the roadside stall next to it. Once we hit the highway again, we took the right at Pallikonda towards Gudiyattam. The road gets a little bid inside the town. This alternate route was decided by the IISc guys due to the danger of night-riding on the Chittoor highway. We continued till we hit the town of Gudiyattam, and follow directions to Palamner. Somewhere in the town that would mean a right at a fork.

The town roads are patchy at times. Once we cross the town, we still have a few patchy (but small) stretches. We then went past the forest gate and started on the climb towards Palamner. After a km or so, it struck me to go back and check if the road would be open at night. 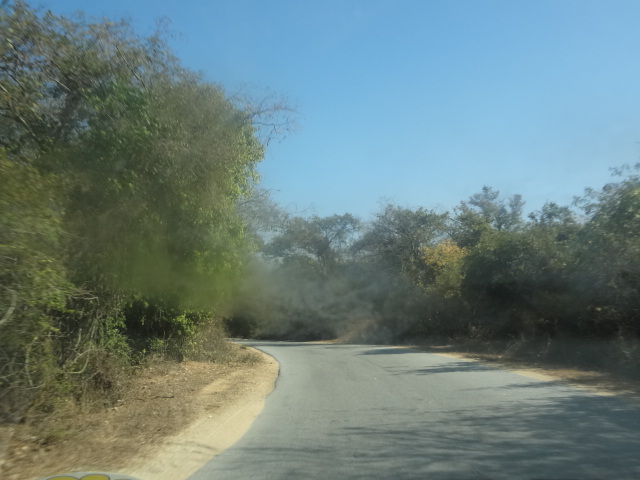 The folks (not sure if these were official folks or locals) sitting in the checkpost hut told me that the road would be open 24 hours, but in the darkness we risk running into elephants ! Some quick calculation told us that unless the riders were exceptionally fast, it would be unlikely that they hit this stretch late at night. 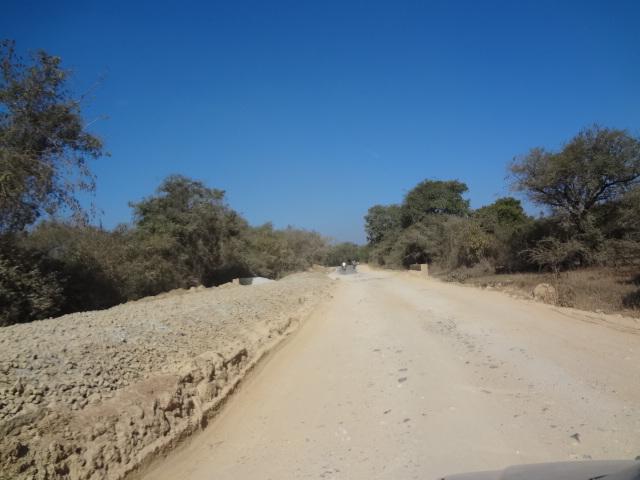 Once we hit Palamner, the road towards Mulbagal was amazing. We took the straight road (via Kolar) home , but the road towards Chintamani was already recce’d by Sreepathi. We reached the outskirts at 12:10 or so , that is when the torture of driving in a city increasingly catering to its cars really got my goat. I took more than 2.5 hours to drop Mustafa from KR Puram and then head home to JPNagar.The stretch just before new BEML, it took us forever and It just amazed me that a lot of fols manage in Bangalore without a cycle! And people think pressing a horn is the easiest and definite way to dissolve a traffic jam. I try and get some sleep in such a scenario. The surrounding folks are always helpful and press the horn enough to wake you up and help you to inch ahead. If I remember right, (thanks to traffic trauma, my mind is a little hazy) there was a traffic blockade at
a) before the left turn to IISc on outer ring road (Extra large)
b) Beore the left turn towards Mekhri circle.
c) At Mekhri cirlce
d) At KR Circle
e) Near HCG
f) 5th block Jayanagar

All this on a Saturday morning. End of traffic crib!

Things to watch out for next Saturday/Sunday.
a) You hit the 1st steep climb well after 100k. Enjoy!
b) (a) happens for sure in the heat. Cook!
c) Ride allnight along on a highway with no shoulders
d) Day 2 starts with a nice climb in a forest !
e) Day 2 will have bad roads early on.
f) The last stretch is through the new airport road. Last 30km of the ride would be quite painful, so near yet so far!

We will know the status of the Mulbagal-Chintamani-Chikkaballapur stretch from Sreepathi.